View source
watch 01:33
Wiki Targeted (Entertainment)
Do you like this video?
Play Sound

BoJack Horseman is an American animated sitcom created by Raphael Bob-Waksberg. The series stars Will Arnett as the eponymous character, BoJack Horseman.

The first season premiered on August 22, 2014, on Netflix, with a surprise Christmas special premiering on December 19 of the same year.

The show is designed by the cartoonist Lisa Hanawalt, who previously worked with Bob-Waksberg on the webcomic Tip Me Over, Pour Me Out.

Netflix renewed the series for a second season which premiered on July 17, 2015.

On the 28th of the same month, Netflix renewed the series for a third season, which premiered on July 22, 2016.

On the same day, Netflix renewed the series for a fourth season, which premiered September 8, 2017.

The series started airing reruns on Comedy Central on September 26, 2018.[1]

On September 27th, 2019, in a last-minute decision by Netflix, they announced that the sixth season will be the final one and that it will be released in two parts.

The series takes place in an animated world where anthropomorphic animals and humans live side by side.

Back in the 90s, BoJack Horseman was on a very famous TV show called Horsin' Around, centered around a young bachelor horse who is forced to reevaluate his priorities when he agrees to raise three human children.

However, ever since the show's cancellation after its ninth season, BoJack has become a washed-up, depressed, cynical, narcissistic, self-destructive and self-loathing, alcoholic has-been. He spends his days lounging around his luxurious Hollywood bachelor pad drinking heavily, binge eating, complaining about everything, and watching episodes of his old show.

In the first season, BoJack devises a plan to regain his celebrity relevance, with a tell-all autobiography. Ghost-written by the cynical but charming and clever human Vietnamese-American writer Diane Nguyen, he dictates his troubled past expecting she will make him look good, while also developing unrequited feelings for her, as he feels she's the first person he's ever met who he has fully opened up to.

BoJack's agent and on-again-off-again girlfriend Princess Carolyn, a pink Persian cat, is another life issue he must contend with. She keeps dumping him "because of his toxic attitude and inability to commit, but she continues to work for him because she takes pride in her ability to separate her personal life from her professional life.

She continues to be his agent despite his attitude, laziness, and overall bad reputation because she finds enjoyment in fixing and helping people, hyping up any job opportunity she can manage to find for him, even though he typically just shrugs them off apathetically.

BoJack must also deal with the shenanigans of his freeloading roommate Todd Chavez, a laid-back, cheerful twenty-something-year-old human guy who spends his days either eating junk food or sleeping on BoJack's couch, throwing parties, or getting himself into "loosely related, wacky misadventures."[4]

Mr. Peanutbutter, a Yellow Labrador, is BoJack's annoying one-sided rival/frenemy, who starred on Mr. Peanutbutter's House, a competing 90s TV show with a suspiciously similar storyline to Horsin' Around. BoJack hates Mr. Peanutbutter for this and the fact he's essentially a non-depressed and relentlessly positive version of himself, saying "He’s so stupid he doesn’t realize how miserable he should be. I envy that." Worst of all, Mr. Peanutbutter is also Diane's boyfriend (and eventual husband, later ex-husband).

Once BoJack starts to realize he's tired of running in circles, and how his toxic behavior and actions have affected himself and especially those around him—largely due to the fault of how his work on a sitcom led him to believe all problems can be solved very quickly, with no lasting consequences. This is a mentality that bites him in the ass multiple times, BoJack must learn to cope with his own traumas, demons, mistakes, and self-destructive and self-loathing tendencies if he wants to truly be a better person and finally find inner peace, which is much easier said than done.

Creator Raphael Bob-Waksberg has cited the cynical humor in the Canadian show The Newsroom as a large influence on BoJack Horseman. He also praised The Simpsons as an influence for being able to tell sad stories without sacrificing humor. Based on storyline similarities and graphical nuances, the series has been said to have influences deriving from Californication, Two and a Half Men and Daria. In September 2018, before the show's fifth season was released, Bob-Waksberg stated that the show's ten biggest influences were The Simpsons, Who Framed Roger Rabbit, Archer, Animaniacs, Daria, The Tick, Pixar Animation Studios, Futurama, South Park, and the works of Don Hertzfeldt.

Since the first season, BoJack has addressed many hot-button sociopolitical issues. Its creator, Bob-Waksberg, once said that he considered the concept of "political correctness" something that other comedians and media creators should view as more of a responsibility.

A notable example is the episode Hank After Dark, commonly referred to as "the Cosby episode," which follows Diane and BoJack on a book tour as they field questions regarding allegations that have just surfaced about a comedy legend, Hank Hippopopalous. In the episode Brrap Brrap Pew Pew, Diane accidentally announces she is getting an abortion, via dubstep artist Sextina Aquafina's Twitter account, and Hollywoo gets swept up in talks about the controversy surrounding abortion. The fourth season episode, Thoughts and Prayers, took a similar satirical approach towards the frequency of mass shootings and the gun debate in America, after Diane fires a gun for the first time, and one of Princess Carolyn's projects get caught in the crossfire, launching a debate on whether or not women should own and use guns.

The fifth season has been praised for its handling of sexual harassment and powerful men, following the #Me Too movement. Emily VanDerWerff wrote that it "just might be the best artistic rumination on #MeToo and an age of terrible men yet."

The show explores Todd Chavez's open asexuality, which is addressed throughout the latter three seasons. In the last episode of the third season, Todd says, "I'm not gay—I mean, I don't think I am, but I don't think I'm straight, either. I don't know what I am. I think I might be nothing." He starts a relationship with an axolotl named Yolanda Buenaventura, but they break up due to having nothing in common apart from being asexual. In the sixth season, Todd forms a relationship with Maude, a rabbit he meets on the asexual dating app Emily created, All About That Ace.

The show had a number of other LGBTQ+ characters. For instance, director Kelsey Jannings reveals she had an ex-wife named Marla in the episode Later. The show also featured a married lesbian couple, the mediator Mary-Beth and therapist Dr Indria. Hollyhock, a female teenage horse and BaJack's sister, has eight adoptive fathers (Dashawn Manheim, Steve Mannheim, Jose Guerrero, Cupe Robinson III, Otto Zilberschlag, Arturo "Ice Man" Fonzerelli, Gregory Hsung, and Quackers McQuack) in a consensual polyamorous gay relationship. With this, some critics praised the show for portraying homosexuality in a realist fashion. The show also featured a gay therapy horse BoJack saw at Pastiches Malibu Rehabilitation Center, Doctor Champ, and BoJack's former best friend and colleague Herb Kazzaaz, and the creator of Horsin' Around was also a closeted gay man. 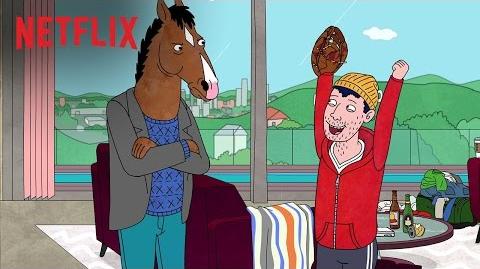 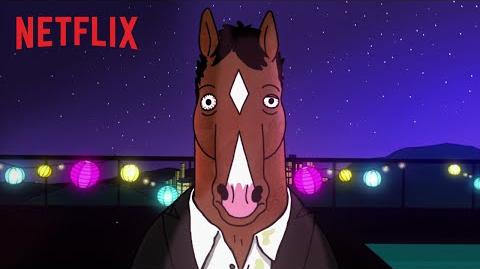 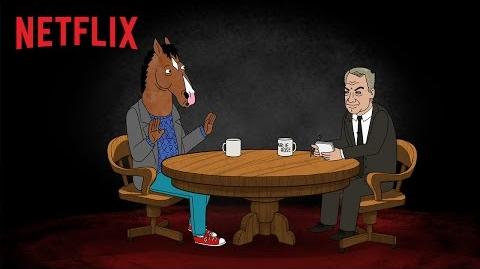 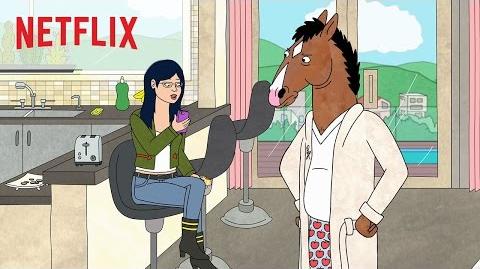 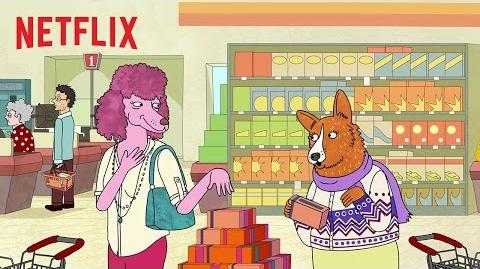 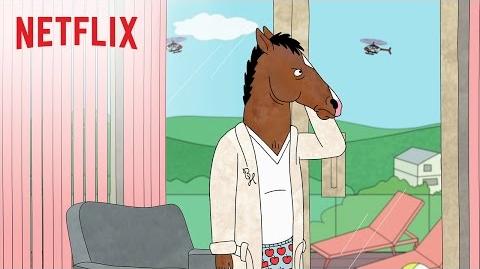 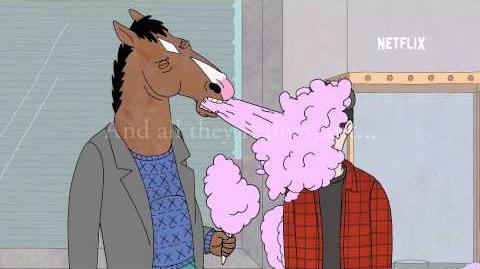