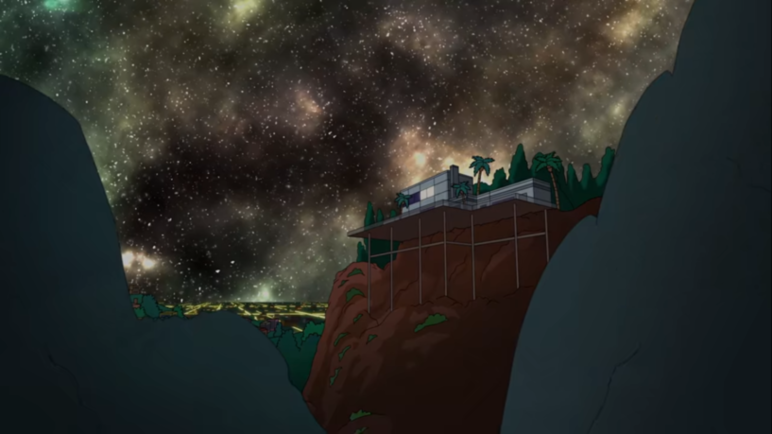 Rinzai Gigen It doesn't seem like you took the shows message to heart. How can you possibly believe that adults are never responsible for there own actions? What's wrong with you?

What's the option for going in with low expectations and getting just what you expected?

A reply to Lurid Munchkin
1

Well I was critiquing the aspect that got me interested in the show also it's important to note that this isn't a review as a review would be both criticism and praise. Also the animation is garbage. There has legit been scenes where I've noticed characters existing for 2 places at the same time for a couple of frames. The voice acting is just fine. It doesn't stand out as particularly good to me and there are very few characters I don't like the voices of. Most of the jokes aren't very good. Like Rick and Morty this show uses a lot of juvenile humor. There was a whole plot line about a sex robot becoming a CEO of a company remember. I honestly can't remember any jokes I found to be funny though I know there was some. I'm just going to say it. I don't like the character designs. Not only is the artstyle ugly for the human characters but the animal characters don't even try to make sense and that really breaks my immersion and really makes the show feel even more unrealistic. This rant was primarily just about how so many people said this show was going to be so dark, deep, and realistic it's mindblowing but it was really none of those things. The best I got are a cherrypicked few quotes. Honestly if Diane wasn't in this show I still don't know if I could call it good because it'd still have all those aforementioned complaints about the inconsistent tone and whatnot.

Did you read anything I said?

This is kind of a sequel to a rant I had earlier but after catching up with the show and learning more about the fanbase I've learned that this show has a lot in common with Rick in Morty. Now obviously the story and politics are completely different but basically everything else is the same if you think about it. For one neither show is not nearly as deep as their fanbases hype them up be. Both show only have like a few groups of episodes with in a few seasons that actually bring emotion to the viewer. Both shows have super unlikable important characters that get no character development and never get punished for their actions. Both use a lot of childish humor poorly mixed in with series themes and topics. I think their biggest similarities is their fanbases that thing the show is so special and the best thing ever. I want to like this show I really do but it's just a disappointment because just like Rick and Morty the fanbase hyped it up as this super deep show and all but all I got is 2 of te 5 main characters literally just being useless comic relief. Sure Mr. Peanut Butter isn't all useless but he mostly is. I expected this show to shock me, make me think, and maybe even make me cry. Sure this show made me think but more often in a critical way. The only character I care about is Princess Carolyn just because I feel that she is the most well written character. Bojack just mopes around and I was really disinterested in most of his plot lines partially because the most interested one had to be spoiled for me just to give me enough interest to watch the show. Diane is just terrible. All of conflicts in her plots are because she's either screwing someone over, she screwed someone over, or she wants to screw someone over. I don't give a fuck about Todd and he was much better when he was just a comic relief. The 6th season is way to late to start introducing us to his family drama anyway. Mr. Peanutbutter is kinda of complicated and I could make a whole rant about him alone because his behavior just sims kinda inconstant to me. I won't make another rant hopefully because 2 is more than enough. Another thing about the characters I hate is how once a character stops being important to the main 5 they just get deleted from the universe like that Owl Girl. Sure I get that it's realistic that in real life some people just drift away but this isn't real life and why should I get invested in new characters when they could just be erased by the next season. (I know that this should be the last season. I'm just saying this as if I was still midseries.) tl;dr I'm disapointed in this show because this fanbase overhyped it just like Rick and Morty.

I haven't actually caught up with this tread in ages because I don't use this cite often but as a quick reply to some of the things people have said. I don't even like any of those shows suggested and I really don't like Family Guy. I don't get at all how this show requires empathy an social awareness to understand? That honestly sounds like something a Rick and Morty fan word say which backs up some of the information I've gathered on this show and it's fanbase over the months. I mean I would pretty much love the show if the not for the inconstant tone and how certain characters are written to be terrible people and get away with the same shit over and over and over again and people are just okay with it. I think I'm going to write sequel post now that I've actually caught up and stuff.

Well I wouldn't say that every episode is important. There was that one filler episode about the seahorse remember? Also I ended up finishing it anyway up to what they have released and I don't remember anything about guns. Also I'm not asking it to lean right. I just don't want it to be so centered on politics and more centered on being an interesting story.

I'm aware it's not real but that doesn't change anything. The whole show isn't real.

Hey remember in that emotional episode in season 4 where Princess Carolyn imagined her however many generations down descendant wearing her necklace but she was only like 12? The context of that changed a lot for me once it was revealed that the necklaced was traditionally passed down on the first time the daughter gets pregnant.

Okay so I'm smack dab in the center of season 3 but I think I won't finish the show because of two huge issues I have with it which I plan to get into detail with. One is inconsistent tone and the other as Diane. First of all the show has a really inconstant tone. Coming into the show I thought I was supposed to take it seriously but it keeps trying to make jokes that not only ruins the mood but the make the characters act well out of character and it can get really bad at times. If I take the show to seriously many of the jokes aren't funny at all and all the characters are two dimensional assholes but if I don't take the show seriously enough everything falls a part and I'd just stop caring about the plot and I'd probably just start skipping through all the episodes just to find the "good stuff" anyhow it's not as big of an issue to me as the other one I'm going to talk about as it only comes up a few minor times each episode and I quickly forget most of them. The other big issue Diane and a few other characters but mostly Diane and the storytelling around them. I just despise her as a character and as a "person". I don't agree with her politics at all and making such an important character based around politics is just moronic. Not just that but she can just piss off most of the time. She is just blatantly abusive. The show would be so much better without her and I really hate how the plots just orbit around her and most of the time unlike with the Bojack plots who probably isn't even as shitty as a person as her she never gets what she deserves at the end. Well not never but most of the time at least from what I've seen. Remember I haven't finished season 3. The worse part is I only hear her character gets much worse in the upcoming season but I've hated her since the beginning. And before you say I only hate her because of her politics and not just her personality just take Kelsey for example. I don't agree with her politics but I think she is still an interesting, likable, and sympathetic character unlike her daughter. Worse part is I know I haven't even gotten into the real meat of the show yet and I'm still going in partially blind. I don't know if I should just give up, skip the Diane parts, or just watch everything. What do you guys think?

Diane Nguyen
A reply to TheMightyContorted
1